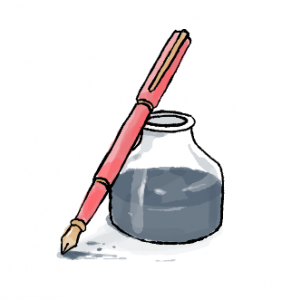 Welcome to our Author page.  It is our pleasure to work with these wonderful authors, helping them bring their creativity to life. 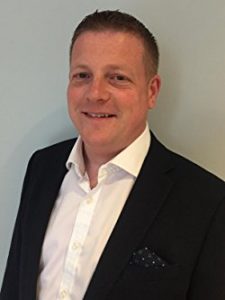 Justin grew up and lived in a lovely rural village in East Yorkshire before moving to Northamptonshire, where he lives with his wife, Nina, and his three beautiful children.

Justin’s desire to write is very much rooted in his love of reading and writing a book is something that had been on ‘life’s list’ for many years!

Wanting to pass this love of books onto his children, Justin started to play with the idea of writing a children’s story. After completing a writing course, and after much coffee drinking and many screwed up pieces of A4, Escape from Nettle Farm (in its first incarnation) was complete! It then went through many painful rewrites and edits to get to the stage where Justin was ready to say, ‘Finished!’

Justin wanted to write something that would be fun and exciting for parents to read to children, or for children to read independently.  Escape from Nettle Farm was a finalist in the 2017 People’s Book Prize and received the Red Ribbon Award in the 2016 Wishing Shelf Book Awards. He has since published 3 more children’s books and is currently hard at work on the fourth. My Bunny, a beautiful rhyming picture book, was also a finalist in the 2017 Wishing Shelf Book Awards. 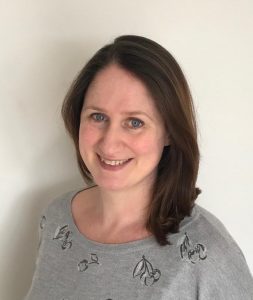 Nicky Gilbody is a qualified speech and language therapist with a background in modern foreign languages and linguistics. She grew up in North London, and after residing in various locations from Wales to Europe, she has settled in St Albans where she lives with her husband and two children.

Nicky has always enjoyed rhyming and wordplay. After spending a lot of time reading children’s books with her own young family, she decided it was time to put pen to paper herself. Atch…oops! was her first book, composed in the wee small hours and providing a welcome distraction on her commute into work. Not one to rest on her laurels, Nicky is already working on her second children’s book, Dig!

As a speech therapist, Nicky understands the importance of shared reading, and she is passionate about promoting reading with children as a way of supporting language development. In the future, she hopes to use her expertise to produce entertaining children’s books which can help to promote specific aspects of child language development.

Publications
Atch…oops!, a wonderful rhyming picture book, was published on 1st November 2019.
Dig!, Nicky’s second children’s book, is due to be published in March 2020.

Vyridian E. Green has written her second book, a charming tale in the Ruby Red series. She was inspired to put pen to paper and share some of the highlights of her mother’s fascinating childhood. Vyridian lives in Herefordshire and when she is not writing and caring for her mother, she looks after their menagerie of animals consisting of four dogs, a cockatoo, a parrot and about a dozen chickens! 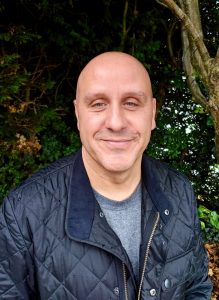 Nick spent his childhood in Poole, Dorset, but now lives in Chelmsford, Essex with his wife Cheryl and two young sons. A huge sports fan, Nick has managed his eldest son’s football team, Galleywood Eagles, for the past 7 years.

Nick has always had an interest in writing as a hobby.  In his younger years, he dabbled in comedy writing, creating sitcoms and comedy sketches. He regularly blogs on Baldyman.co.uk, which is a light-hearted look at middle-age life experiences. After becoming a father, Nick fell in love with the magic of sharing stories with his children. He was particularly fascinated at how certain books above others could retain their magic and remain firm favourites despite being read repeatedly.

After being made redundant in December 2018, Nick seized the opportunity for a change of direction. With the full support of his family, he took time off to pursue his dream of getting his first book published. Sammy the Speedy Snail tells the story of a snail who gives in to his yearning for speed despite facing judgement from others for daring to be different. His subject matter was inspired by his youngest son, who has been strong enough to follow his passion for dancing despite the realisation that other boys his age might not understand his choice.

Keen as mustard, Nick has already completed the first draft of his second book. His ambition is to write a series of books that provide positive messages and can be enjoyed by children and their parents together.

Publications
Sammy the Speedy Snail, an inspiring rhyming picture book, is due for publication late 2019. 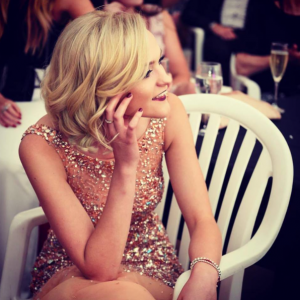 Stephanie grew up in the Sheffield countryside and describes herself as being a child who was ‘a bit different’ with a very vivid imagination. In an effort to fit in with her peers she would share spooky tales at the back of the school bus, and when they went down a storm and her popularity soared she realised the power of storytelling.

Stephanie is multi-talented within the creative arts. Her main passions in life are writing, books, music, and art – she is one of our featured illustrators. Until recently, she has concentrated her literary efforts on screenwriting and Eleanor Hurl the Peculiar Girl was her first foray into children’s fiction. And what a reception it had – shortlisted as a finalist in the 2018 Wishing Shelf Book Awards!

Feeling like a misfit in her early years has been a big source of inspiration for Stephanie. The characters she writes about will often be children or young adults who are a little bit out of the ordinary. She told us, “As well as entertaining, my mission with these books is to show kids that it’s completely fine to be different. You are who you are, you like what you like and it’s all for a reason, so embrace your uniqueness.”

Stephanie is currently working on her second publication, Morty and the Monster.

Publications
Stephanie’s first children’s book, titled Eleanor Hurl the Peculiar Girl, was released in October 2018 under the pen name SL Kins.
Morty and the Monster is due for release in 2019. 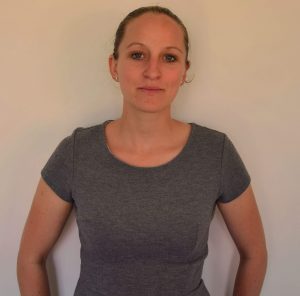 Raised in Epsom, Surrey, Cheryl now lives in Taunton with her partner and three beautiful girls aged 10, 8, and 6. A love of reading, inspired by travel books and non-fiction biographies, led to a desire to write – more specifically, to write for her children. Cheryl blogs about her life with her girls and often includes self-penned rhymes for her readers, so a rhyming children’s book seemed the obvious choice!

Cheryl also has a love of photography, and although she currently works as an administrator her ambition is to achieve her dream of being a professional writer, blogger and photographer.

Pete the Cheeky Parakeet was published in October 2018. A light-hearted and fun story about a bird with a bad attitude, it carries a message for young readers about the importance of friendship and compassion. Cheryl is currently working on her second publication, The Book of Silly Rhymes.

Publications
Pete the Cheeky Parakeet, a rhyming picture book, was published in October 2018.
The Book of Silly Rhymes was published on 20th June 2019. 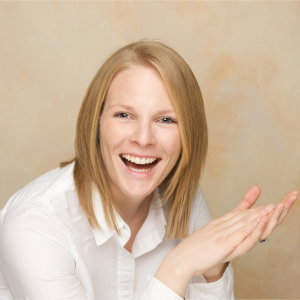 Sarah lives in Holmfirth, which she fell in love with after graduating from University where she studied Criminology. She is married with two small boys and a little girl, and thrives off the fun and chaos of her home life!

Sarah has always loved to write, but her desire to publish a children’s book began when she had her first child. She loves to create stories that will capture a child’s imagination and make them want to keep turning the pages. Sarah told us, “If I could inspire kids to read and writers to write, that would be an amazing place to be.”

Sarah’s first book, The King and The Cockerel, is a lively rhyming picture book aimed at young readers aged 5 and under. It incorporates wonderful humour and counting practice with an important message of fairness and appreciation. Sarah was almost as excited as us to discover that The King and the Cockerel had been shortlisted as a finalist in the 2018 Wishing Shelf Book Awards! Sarah is now hard at work on her second children’s book, Molly’s Magic Brolly.

As well as writing children’s books, Sarah is also working on her first book club novel. She is also a regular columnist for Mumbles Magazine, West Yorkshire. 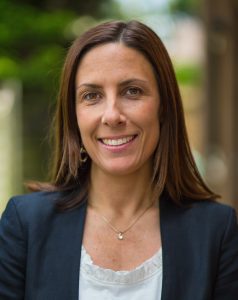 Sonia hails from Irish origins and has grown up with a passion for storytelling. She holds a degree in linguistics and a postgraduate diploma in TEFL from the University of Brighton, and until now has written purely for pleasure and for her own children.

Archie Wood-Knot’s Wonder Web is Sonia’s first published work; a contemporary rhyming story for children aged three and up following the adventures of Archie & Evie, two little garden spiders with very big ideas! Sonia feels strongly about the importance of illustrations in children’s literature and has chosen the incredibly talented Leah Rowe to illustrate her first story. A former graphic designer, Leah has recently turned her talents to illustration and started taking commissions for children’s stories earlier this year.

Sonia works as a personal assistant and lives in Berkshire with her husband and three young children. 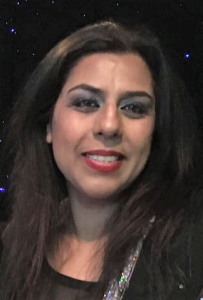 Salma Zaman is a dance, drama and SEN teacher and the founder and creative director of Salma’s Bollywood Academy in Yorkshire. She is also a freelance lecturer and an ambassador for several charities. As if that wasn’t enough, she has written two children’s books and is about to publish her third with us at Blue Falcon. Quite an impressive CV!

Salma’s books are aimed at children from all cultural backgrounds and encourage community cohesion and integration of all faiths. She is hugely passionate about encouraging understanding of culture, equality, diversity, inclusivity and disability awareness. Her next publication will be Greedy Gertie, an uplifting tale about a cow in a wheelchair who doesn’t feel that she can join in with a group of dancing animals. Salma invests a lot of time working with children in schools, libraries and museums, using books and story-telling narratives to bring story writing and dance alive.

In 2018, Salma won the ‘Yorkshire Women of Achievement’ award for her contribution to the arts.

We use cookies to ensure that we give you the best experience on our website. If you continue to use this site we will assume that you are happy with it.OkNoRead more